Spirit Of The Month July – Bourbon 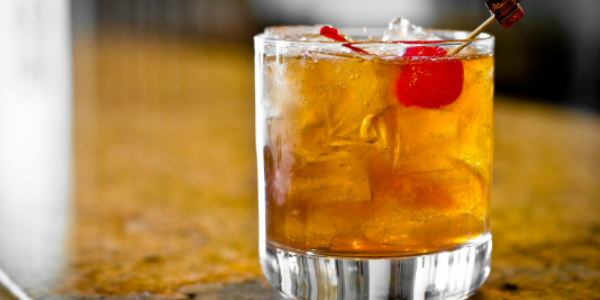 Spirit Of The Month July – Bourbon

For the month of July, we will be focusing on all things Bourbon, the great American Whisky! Did you know that Bourbon is a barrel aged spirit made primarily from corn? The name of the spirit derives from its historical association with an area known as Old Bourbon, around what is now Bourbon County Kentucky.

Bourbon also tastes epic in cocktails and pairs perfectly with flavours such as ginger, citrus, honey and just about anything! The Old Fashioned is arguably the king of bourbon cocktails, and some of our other favourites are the Whisky/Bourbon Sour and Mint Julep. Throughout the month we will share some classic bourbon cocktail recipes with you!

Here are some other cool facts on Bourbon;

FIND US ON SOCIAL MEDIA